The first picture is from when I was a camper at Camp Lutherhoma as a kid. I’m about four rows from the bottom and in the center, between two female counselors.

The one to the right of me (my left in the picture) with the feathered hair was really cute at the time. Having just been reminded of her identity, not so much now. {sadness} The one to the left of me (my right in the picture) and the one on the very bottom right we painted green and red one day. There was some sort of game where groups were to try and dress up the counselors as some characters. We were going for Kermit and Miss Piggy. Clearly, our creativity knew no bounds.

A couple of other First Lutheran classmates are in the top left. Creighton Holt, Landon Henderson, and Bret Chitwood.

It’s easy to see from the hair styles and cloths why the retro style is bringing them back. 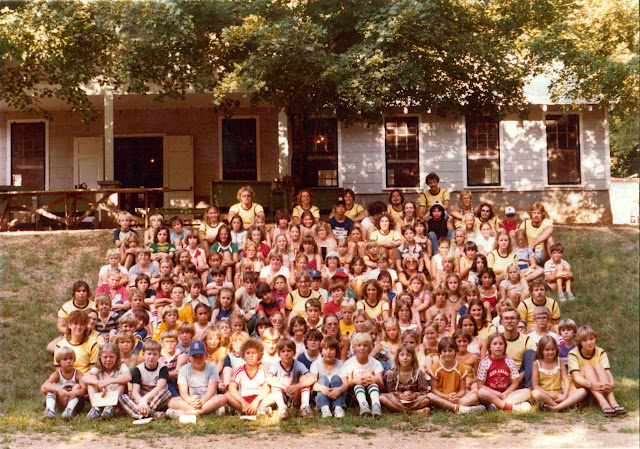 The other is when I was a camp counselor myself at Camp Lone Star in 1990. I’m in the second row, just left of center, with my arms up. I think the artist (fellow counselor, Serena Anazagasty, four people to the left of my character) has me wearing my Goofy hat. They called me “Scruffy” because I did not shave my beard all summer.

I was scraggly before Duck Dynasty was cool!

Not shown here, but I also often wore cutoff jean shorts with boots. No need to point out my superior sense of style. I’m well aware of it.

We had several people who had to leave early in the summer, like Daniel Hawkins who came down with mono. A couple of other good people there have since gone Home.

The picture is located here if you want to use it for your next geocaching adventure.

This was the summer before my last year in college and before seminary. In fact, it was during my time that summer that I decided I wanted to “preach and teach” and, as such, changed from DCE to pre-sem. for my studies.

It was toward the end of summer I called from a pay phone in the same room this picture now exists and called my roommate, Randy Mester, so we could coordinate items we were planning to bring for our year at school. On that call he (who was in the Air Force four years right out of high school) told me that he had joined the Army Reserve. As Iraq had just invaded Kuwait, I asked him if that was a good idea. He assured me his unit wouldn’t get called up.

He served in Iraq longer than General “Stormin’ Norman” Schwarzkopf. 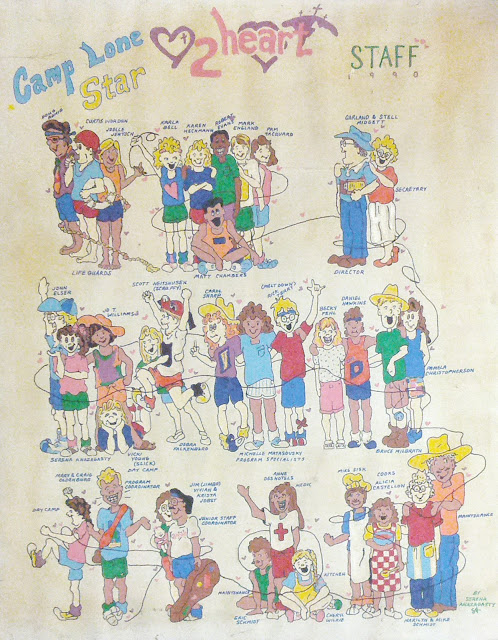