Before I left, several friends had a party for me. [I think it was either on land from the family of Marcie Batschelett (née Freeman) or Shawn Lessert (née Merrifield). [I’m pretty sure it was Shawn’s.]

Alas, it was some of the boys, only. 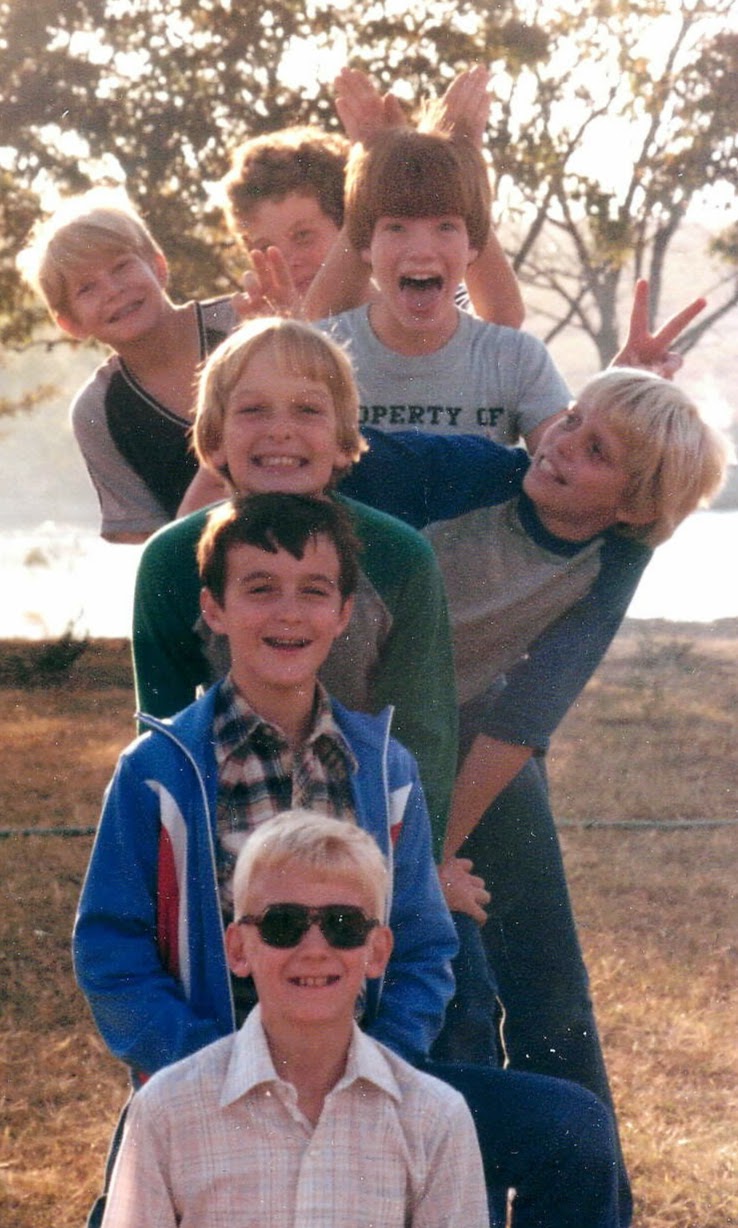 I believe that Landon (second from the back) had a pretty new, cool, watch then, too. If memory serves, it was a Casio C-80 (or very similar to it). You could do calculations with it, but it also had at least one game you could play on it. Pretty extraordinary for that time!

I was also given a nice new Bible. KJV, red letter, with references, in genuine bonded leather. 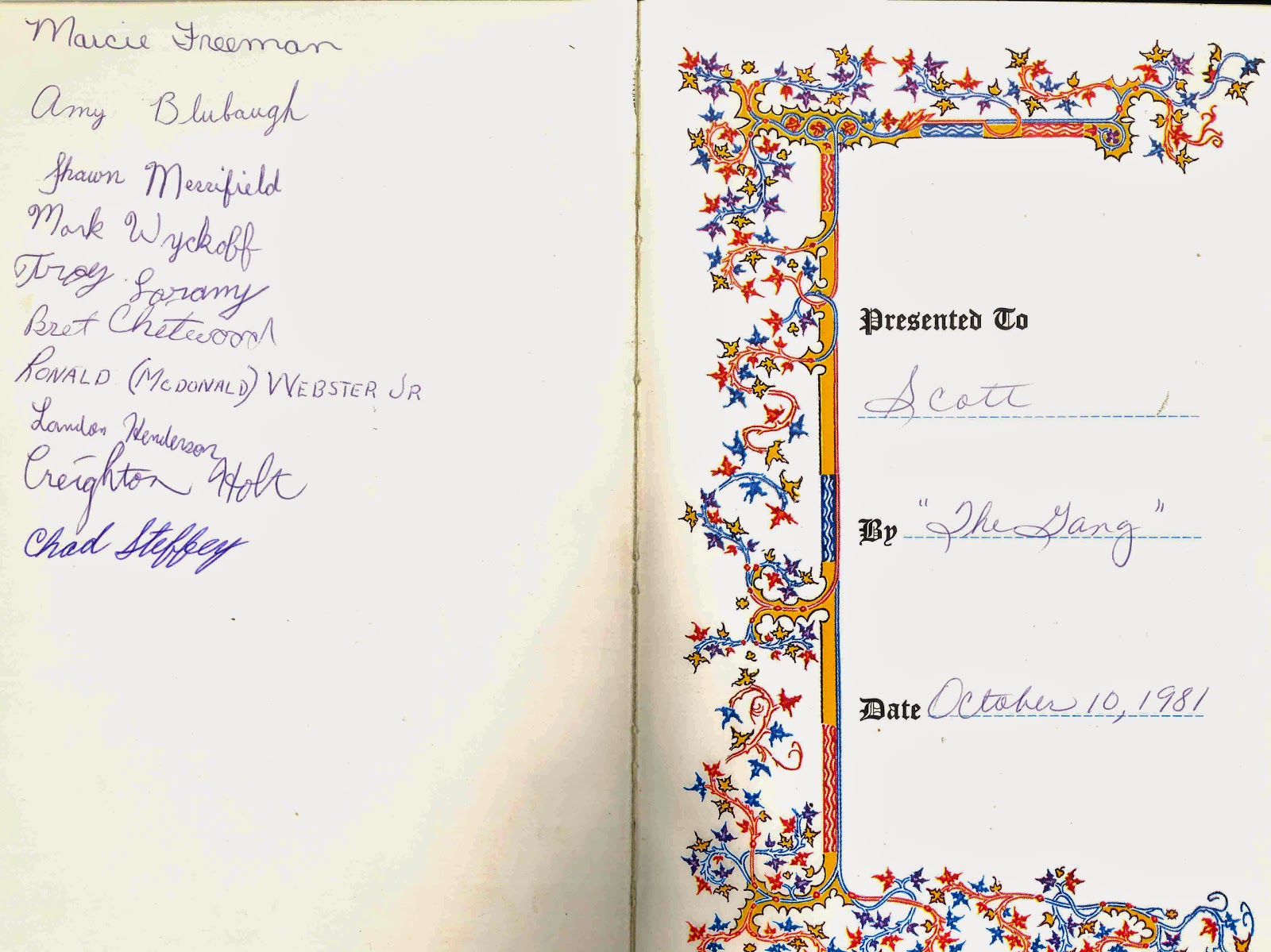 I still have that Bible on my bookshelf in my office.